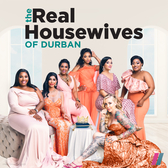 Showmax has just released a first look of the wives featuring this season, who will be bringing all the class, glamour, sass, and drama we’ve come to expect from the franchise.

Season 2 of the Showmax Original The Real Housewives of Durban launches on 28 January 2022, with new episodes following every Friday.

The Real Housewives of Durban is produced by Let It Rain Films. Season 1’s January 2021 launch set a then-record for the most first-day views on Showmax ever and trended on Twitter almost every Friday. Season 1 has since launched with success on NBCUniversal’s reality streaming service hayu in 28 territories outside of Africa, including the UK, Europe, Australia, Canada, Hong Kong, Singapore and India.